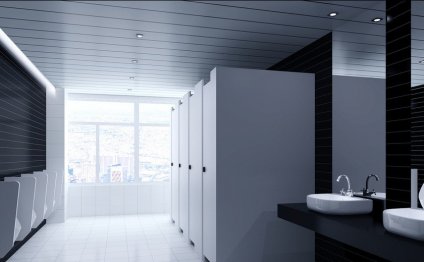 Creativity is a collaborative process. As brilliant as the many inventors of the Internet and computer were, they achieved most of their advances through teamwork. Like Robert Noyce, the founder of Intel, some of the best tended to resemble Congregational ministers rather than lonely prophets, madrigal singers rather than soloists.

Twitter, for example, was invented by a team of people who were collaborative but also quite contentious. When one of the cofounders, Jack Dorsey, started taking a lot of the credit in media interviews, another cofounder, Evan Williams, a serial entrepreneur who had previously created Blogger, told him to chill out, according to Nick Bilton of the New York Times. “But I invented Twitter, ” Dorsey said.

“No, you didn't invent Twitter, ” Williams replied. “I didn’t invent Twitter either. Neither did Biz [Stone, another cofounder]. People don't invent things on the Internet. They simply expand on an idea that already exists.”

Therein lies another lesson: the digital age may seem revolutionary, but it was based on expanding the ideas handed down from previous generations. In 1937, Howard Aiken decided to build a digital computer at Harvard. In the attic of the university’s science center, he found a fragment and some wheels from a device that had been built a century earlier, Charles Babbage’s Difference Engine. He also discovered the notes that Ada Lovelace, a mathematician who was Babbage’s friend and programmer, had written about that machine. Aiken made his team, including his lead programmer Grace Hopper, study what Babbage and Lovelace had produced and include it in the manual for the Harvard computer.

Even though the Internet provided a tool for virtual and distant collaborations, another lesson of digital-age innovation is that, now as in the past, physical proximity is beneficial. The most productive teams were those that brought together people with a wide array of specialties. Bell Labs was a classic example. In its long corridors in suburban New Jersey, there were theoretical physicists, experimentalists, material scientists, engineers, a few businessmen, and even some telephone-pole climbers with grease under their fingernails. Walter Brattain, an experimentalist, and John Bardeen, a theorist, shared a workspace, like a librettist and a composer sharing a piano bench, so they could perform a call-and-response all day about how to manipulate silicon to make what became the first transistor.

There is something special, as evidenced at Bell Labs, about meetings in the flesh, which cannot be replicated digitally. The founders of Intel created a sprawling, team-oriented open workspace where employees all rubbed against one another. It was a model that became common in Silicon Valley. Predictions that digital tools would allow workers to telecommute were never fully realized. One of Marissa Mayer’s first acts as CEO of Yahoo! was to discourage the practice of working from home, rightly pointing out that “people are more collaborative and innovative when they’re together.” When Steve Jobs designed a new headquarters for Pixar, he obsessed over ways to structure the atrium, and even where to locate the bathrooms, so that serendipitous personal encounters would occur. Among his last creations was the plan for Apple’s new signature headquarters, a circle with rings of open workspaces surrounding a central courtyard.

Another key to fielding a great team is pairing visionaries, who can generate ideas, with operating managers, who can execute them. Visions without execution are hallucinations. One of the great visionaries of the digital age was William von Meister, a flamboyant entrepreneur who launched a dozen companies and watched all but one flame out. The one that succeeded became AOL. It survived because von Meister’s investors insisted he bring in two people to execute on his vision: a former special forces commando named Jim Kimsey and a young marketing whiz, Steve Case.

There were three ways that teams were put together in the digital age. The first was through government funding and coordination. That’s how the groups that built the original computers (Colossus, ENIAC) and networks (ARPANET) were organized. This reflected the consensus, which was stronger back in the 1950s under President Eisenhower, that the government should undertake projects, such as the space program and interstate highway system, that benefitted the common good. It often did so in collaboration with universities and private contractors as part of a government-academic-industrial triangle that Vannevar Bush and others fostered. Talented federal bureaucrats (not always an oxymoron), such as Licklider, Taylor, and Roberts, oversaw the programs and allocated public funds.

Private enterprise was another way that collaborative teams were formed. This happened at the research centers of big companies, such as Bell Labs and Xerox PARC, and at entrepreneurial new companies, such as Texas Instruments and Intel, Atari and Google, Microsoft and Apple. A key driver was profits, both as a reward for the players and as a way to attract investors. That required a proprietary attitude to innovation that led to patents and intellectual property protections. Digital theorists and hackers often disparaged this approach, but a private enterprise system that financially rewarded invention was a component of a system that led to breathtaking innovation in transistors, chips, computers, phones, devices, and Web services.